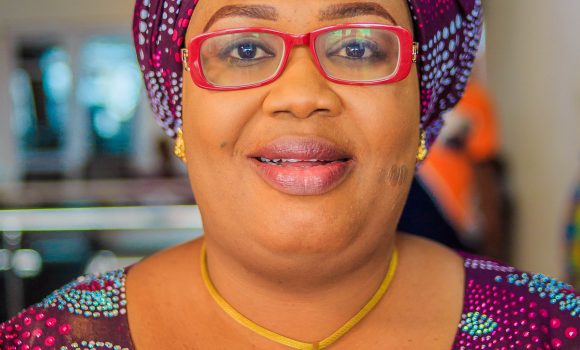 MARY OLUSOLA – My names are Mary Temitope Olusola, I am a musician, a songwriter, an artist, a wife, and a mother.

MARY OLUSOLA – I was born a few decades ago in orile Agege Lagos, I am a native of Osun state in Ilesha, I attended Elias International school Oke-Odo lagos, I had my secondary school educatio n at Girls High School Agege Lagos, then proceeded to study the English language at the Lagos state university (Lasu)under the faculty of Arts. I graduated in 2010

MARY OLUSOLA – I later went to House of Tara Makeup School Ikeja in 2015 because of my undying passion for makeup artistry, after graduating from House of Tara I opened my Own small Makeup school (Oyinloge makeovers)where I trained people the art of makeup artistry and Gele. I was well known and doing well.

MARY OLUSOLA -But I Guessed God wanted me to be Fishers of Men, HE (GOD)has another plan for me because Our ways are not HIS ways, HE does whatever HE pleases and HE is too faithful to Fail.

MARY OLUSOLA – Four years ago, I had this calling by God to go make an impact in the gospel music industry but I felt comfortable in my field as a beautician so I refused to yield to God’s calling, this caused a lot of stirs in my life and business as I was punished for turning down the will of God (I lost almost everything I had and almost go bankrupt).The holy spirit had warned me severally stating where God wants me to be and what I should be doing to glorify My creator.

MARY OLUSOLA – My calling is to gain more souls for Christ, using my music to spread HIS gospel, telling people to praise HIM more rather than asking for many worldly things.

MARY OLUSOLA – After been depressed over the loss of my businesses and lots more, I finally yielded without choice because no one dares to question God for HIS authority is supreme.

MARY OLUSOLA – I became more devoted and allow God to lead in whatever I want to do, I had my first Album (AYOMITIDE)released in September 2019. And since then, God has proven HIMSELF worthy in my life and ministry. I still want to continue winning souls for him.