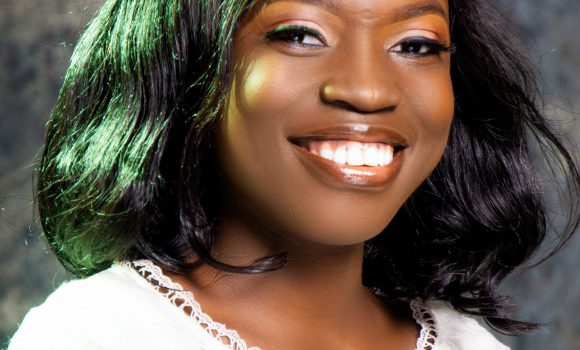 Oluwabukunmi Adesola Babarinsa is a Nigerian gospel musician and Songwriter, film music composer, a radio broadcast journalist, sexual purity advocate, and fashion designer who hails from Obokun local government, Esa-Oke town of Osun State, Nigeria.
Bukunmi Babarinsa was born on the 22nd of November in the early 1990s and holds a first degree in Linguistics from the University of Ilorin and also had an Ordinary Certificate Programme in Christian Drama at the Mount Zion Institute of Christian Drama.
She started music professionally at the age of 5 as a backup vocalist alongside other team members, going out with her parents who are both musicians for music ministrations, music shows, events, and parties. She began to minister with her own personal team at the age of 15. She has also worked as a back-up singer for different artists’ albums.
She’s passionate about language, Yoruba language in particular, an advocate of sexual purity of the body and the mind and the very essence of her existence, her mandate is to reach out to lost souls and delivering God’s messages per time, per season to His people through her music.

She lives in the city of Ibadan, Oyo State, Nigeria, and she released her official debut single ‘Gba Isakoso’ in 2020 and has many more God-given sounds still to come by His grace.